We must stop partisan politicians from manipulating Minnesota's voting maps to keep themselves and their party in power.

Common Cause has partnered with the Minnesota Alliance for Democracy to help ensure fair voting maps.   Follow this link to the alliance website to learn more and get involved to protect Minnesota’s voting maps! 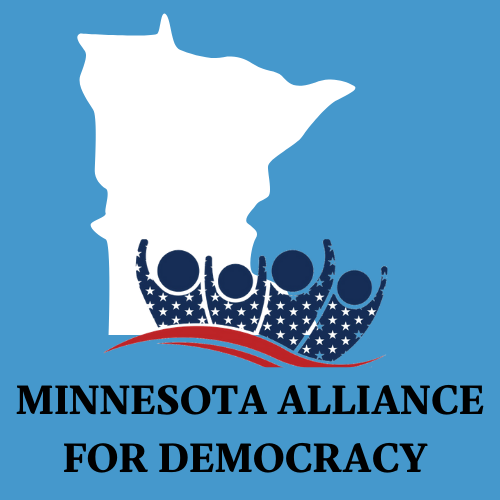 Fair voting maps protect your right to choose who represents you. After each ten-year U.S. Census, the Minnesota legislature draws new voting districts for state and national elections. For decades, the legislature has failed to agree on fair maps, and the job has gone to the courts.

Help us pass legislation to put redistricting in the hands of citizens—not incumbents. Common Cause MN and its multi-partisan, statewide coalition have drafted a model bill that’s a better approach for Minnesota. It calls for an independent citizens’ commission with nine public members selected in an open process and guided by rules to ensure fairness and transparency.

Signing the petition tells your legislators that you want districts drawn impartially—and not influenced by the majority party, major donors, or incumbents who want to gerrymander districts and pick their voters.

Our bill, HF 1605, was introduced in the 2019 legislative session. (Here’s a summary.) Our updated version reflects legislator concerns raised as the bill got through the Minnesota House, but not through the Senate. We must bring legislators together to pass our bill early in the 2020 session so Minnesota can be ready for the census results in 2021.

How Does Redistricting Affect Me?

By changing the way voting maps are drawn, we can take partisanship out of the process and have districts that truly represent the people.

Time to Prevent Gerrymandering for Good

We must stop partisan politicians from manipulating Minnesota’s voter maps to keep themselves and their parties in power.

What Else Can I Do?

Interest and pressure from voters who want fair maps is the only way legislators will change a contentious and ineffective process.

We're suing to ensure that Minnesota’s BIPOC communities are included in the redistricting process.