Victory! Connecticut passed the compact in 2018.

After a decade of advocacy and the work of a robust coalition, Connecticut’s General Assembly voted May 5, 2018 to join a group of states to pool our Electoral College votes for the presidential candidate who wins the popular vote. Connecticut is the first state to do so since President Donald Trump’s 2016 election.

Governor Dannel P. Malloy signed the legislation into law making Connecticut the 12th jurisdiction to join the National Popular Vote Interstate Compact.  Since then, another 3 states have passed laws to join the compact—bringing the national total to 15 states plus Washington D.C., and a total of 196 electoral votes. 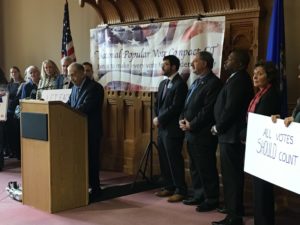 The national popular vote compact would not take effect until states representing 270 electoral votes — the actual number needed to elect a U.S. president.

Once activated, the compact would commit the state to cast its electoral votes on behalf of the winner of the national popular vote, regardless of who won in Connecticut. Other signatories include its neighboring states: New York, Massachusetts and Rhode Island.

Common Cause has long called for One Person One Vote, the way we should conduct all of our elections. 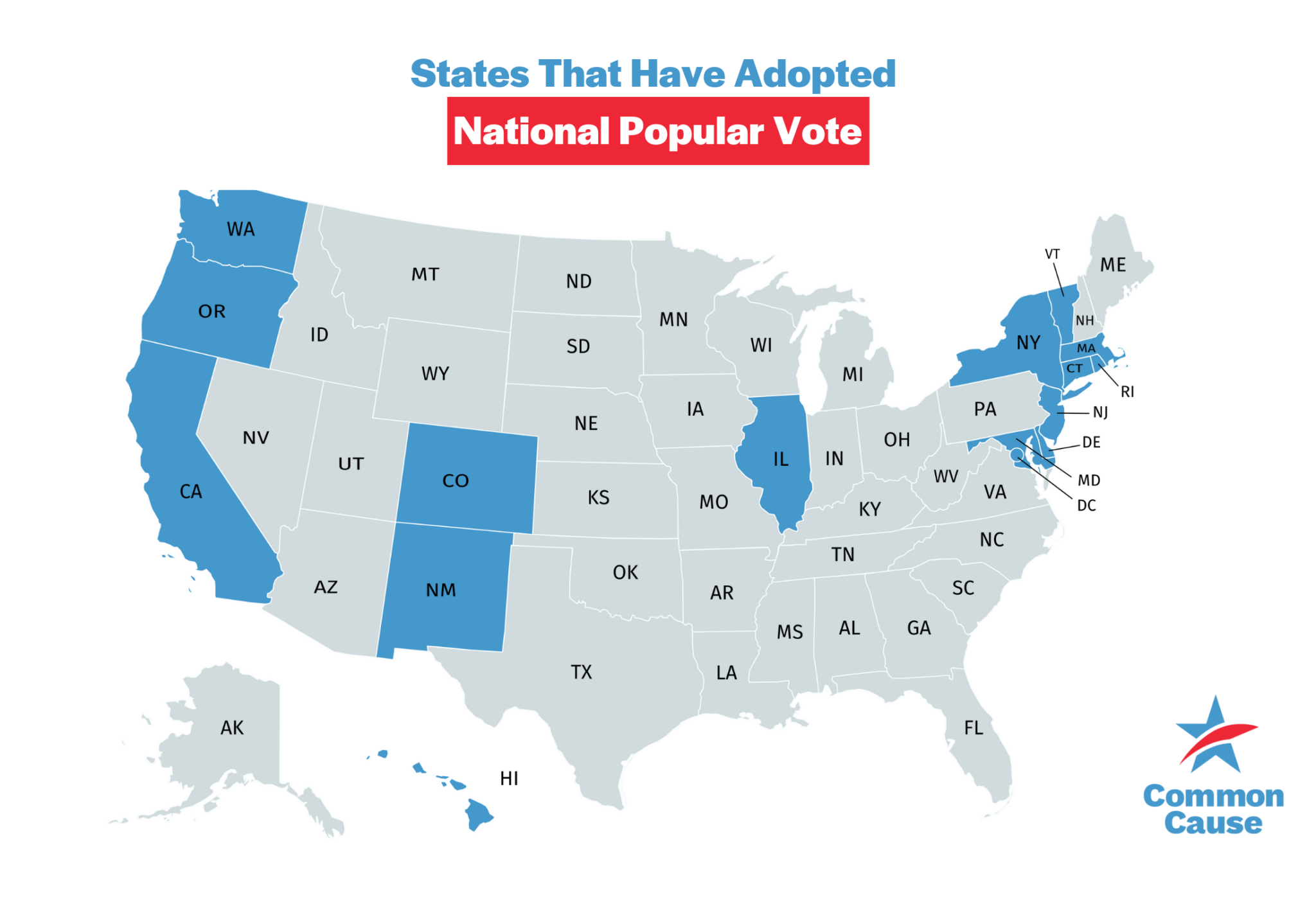